Metro aims to be a World Cup winner! 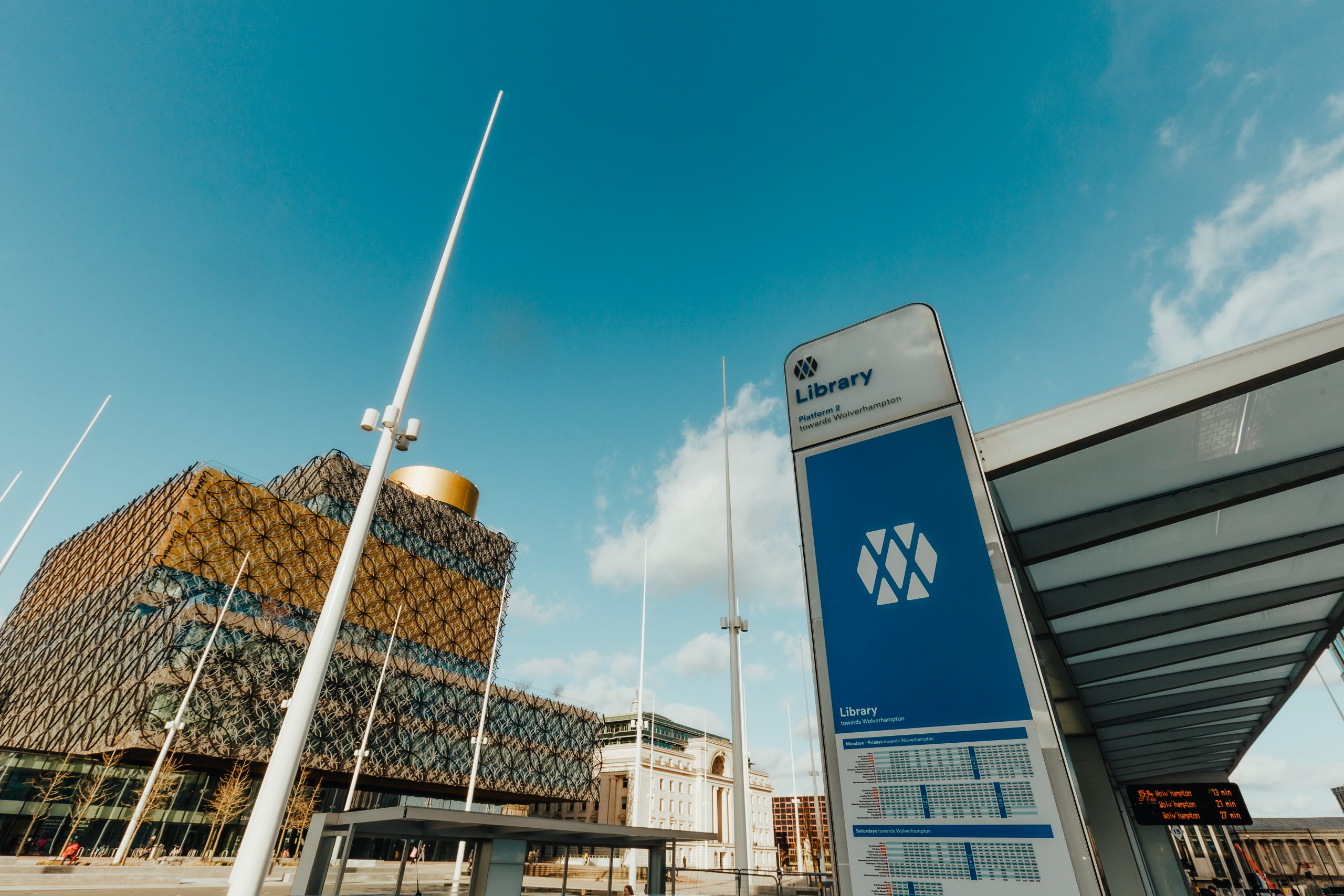 Coronavirus restrictions have put a temporary halt to fan participation in sports events, but West Midlands Metro is inviting its social media followers to join in a fun competition that’s open for everyone.

Polling in round one of the World Cup of Trams kicked off this morning (March 2) and sees the public voting via Twitter for their favourite tram stop for sport, leisure or shopping.  The Metro’s Library tram stop is among the entries nominated and should be a strong contender in a competition that pits it against top stops on other networks.

Tram operators from all over the country are taking part in the poll, which closes at 8pm on Thursday, March 4.

Sophia McKain, Metro Marketing and Communications Manager, explained: “Our nominated stop is just a few steps away from The Library of Birmingham – the largest public library in the UK.

Further rounds of the competition aim to find the most eye-catching tram livery, most scenic stop and best tram vehicle and are set to take place later this month.

The winners in each round will go through to semi-finals between March 16 and 18, with final votes to be cast between March 19 – 21, and it’s easy to vote and keep up with the polls on Twitter, @worldcupoftrams.

The light-hearted competition – backed by UKTram, the organisation representing the light rail sector in the UK – has been organised as a fun way to remind the public of the benefits of travelling by tram ahead of the easing of Covid restrictions.

Sophia added. “The past year has been tough for everyone but as we look towards the lifting of some restrictions, we wanted to find a fun way to start showcasing the tram and this friendly competition seems just the ticket. We’ve already received fantastic support from our customers and anyone can join them by casting their vote at @worldcupoftrams.”