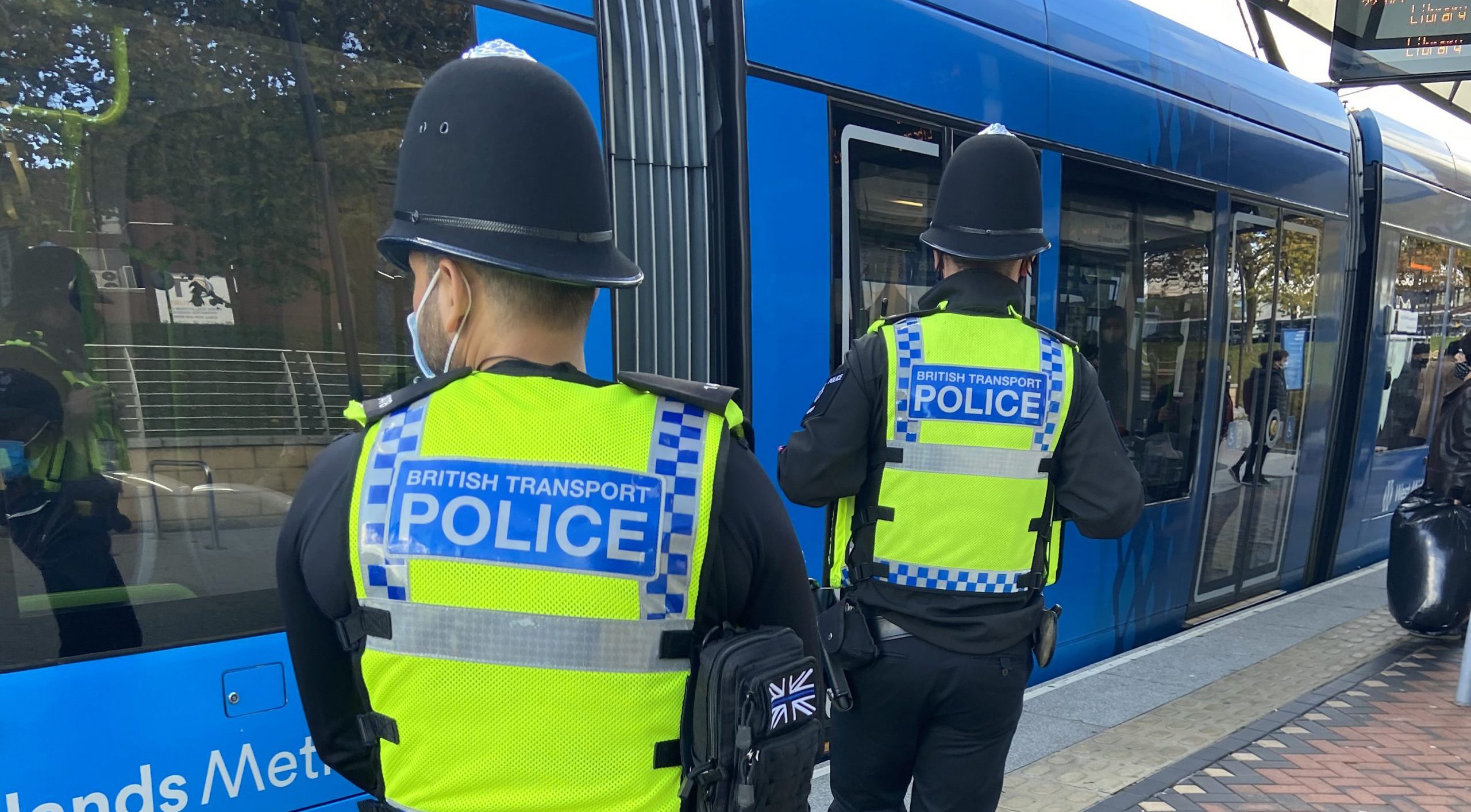 West Midlands Metro has joined forces with British Transport Police to remind the travelling public to play their part in preventing the spread of Covid-19.

While compliance with the mandatory rules on wearing face coverings remains high on the Metro, there’s no room for complacency, and joint patrols on the tramway are helping to reinforce messages on safe tram travel.

Carl Williams, Metro Director of Operations, explained: “With parts of the West Midlands classed by the government as at high risk, and subject to Tier 2 restrictions, it’s more important than ever for customers to wear a face covering, unless they are exempt for medical reasons.

“Anyone who doesn’t follow the rules risks being fined by the police, but these highly visible patrols are aimed at informing and educating the public rather than enforcement.

“During a day of patrolling across the network last week, both on board trams and at stops, it was clear that the messages on travelling safely are getting across and we handed out just four masks to customers who had forgotten their own.”

The activity also gave WMM staff the opportunity to highlight other guidance introduced in response to coronavirus, including those on journey planning, travelling at quieter times where possible and using contactless or advance payment when purchasing tickets.

“Since the start of the pandemic, the vast majority of Metro customers have followed the advice, and we’d like to thank them for their continued co-operation,” Carl said.

Superintendent Sue Peters, BTP West Midlands added: “We are pleased that face-covering compliance on public transport has generally been high across rail, bus and tram networks in the West Midlands.

“However, a small percentage of people are failing to comply with the requirement, and we will continue to deploy officers across the networks we police to assist with education and enforcement activity.

“Anyone who fails to comply with a direction from an officer without a lawful exemption is being removed from public transport and, in appropriate cases, will be issued with a fixed penalty notice.”